The characters and events in this book are fictitious. Any similarity to real persons, living or dead, is coincidental and not intended by the author.

Hachette Book Group supports the right to free expression and the value of copyright. The purpose of copyright is to encourage writers and artists to produce the creative works that enrich our culture.

The scanning, uploading, and distribution of this book without permission is a theft of the author’s intellectual property. If you would like permission to use material from the book (other than for review purposes), please contact [email protected] Thank you for your support of the author’s rights.

The publisher is not responsible for websites (or their content) that are not owned by the publisher.

The Hachette Speakers Bureau provides a wide range of authors for speaking events. To find out more, go to hachettespeakersbureau.com or call (866) 376-6591.

1. Hot Child in the City

2. Baby, What a Big Surprise

6. Paradise by the Dashboard Light

7. Life in the Fast Lane

1. Hot Child in the City

Jessie Levin (“rhymes with ‘heaven’”) is drinking an ice cold can of Tab on the northwest corner of Washington Square Park when her sister, Kirby, pulls up in her butterscotch-colored Ford LTD with the sunroof open, strains of Lou Reed floating out like a haze.

Hey, babe, take a walk on the wild side.

Reed must have been talking about Washington Square Park in this song, Jessie thinks. She has done a fair amount of studying in the park while she’s been in law school and she’s seen it all: punk rockers with purple hair and pierced lips walking their dachshunds, drag queens eating knishes, a couple painted gold who set a boom box on the lip of the fountain and discoed to Chopin’s Polonaise in A-flat Major.

“Get in!” Kirby shouts. “Just throw your suitcase in the back seat.”

Jessie does as she’s told—Kirby’s back seat is as big as Grand Central Terminal—but even so, the cars lining up behind the LTD start honking and someone yells, “Move your tush, sweetheart!”

Kirby pulls away from the curb before Jessie even has her door closed. Jessie sets her macramé pocketbook on the front seat next to a tray of hotdogs from Gray’s Papaya. She kicks off her Dr. Scholl’s and puts her feet on the dash.

“I know I shouldn’t feel happy,” she says. “But I do. I took my last exam this morning, I have a full week off before I start my internship, and we’re going to Nantucket.”

“I’m happy, too,” Kirby says. “Or I would be if I weren’t so hungover.” She pulls a cigarette out of a pack of Virginia Slims with her lips and leans over to Jessie, who rummages through her pocketbook for matches. She finds a pack from McSorley’s. Jessie’s ex-boyfriend, Theo, basically lives there.

Jessie lights Kirby’s cigarette and fights the urge to throw the matches out the open window—the city is so dirty, what difference would it make?—because she has taken great pains to rid her tiny studio apartment and her carrel at Bobst Library of everything Theo-related.

“Jinx,” Kirby says. “You owe me a Coke.” She blows smoke out the window without taking the cigarette from her mouth.

“Why do you need to get out of the city?” Jessie asks. Kirby’s life in New York is glossy and fabulous. She’s the sex and relationships editor at Cosmopolitan. She lives rent-free in a loft down on Broome Street, where she babysits the paintings and sculptures of the artist Willie Eight while Willie travels the world. He’s in New York only one week per month and it’s during those weeks that Kirby’s life gets even more enviable. Kirby and Willie and Willie’s boyfriend, Tornado Jack, have long, lavish dinners at Mr Chow and the Quilted Giraffe—and then they go to Studio 54. Through Willie, Kirby has met Baryshnikov, Farrah Fawcett, Richard Pryor! It seems outlandish that Kirby, Jessie’s own sister, has rubbed elbows with such celebrities, though as Kirby says with her usual world-weariness, “They’re just people, Jess.”

In Kirby’s own pocketbook—a tan suede fringed hobo—she keeps a Polaroid picture in an envelope. The picture is of Kirby linking arms with Willie and Tornado Jack. Sitting in front of them with his signature platinum mop and clear horn-rimmed glasses is…yeah.

Kirby sighs. “I’ve been burning the joint at both ends.”

Well, yes, so has Jessie. But whereas Jessie goes to Torts and Contracts during the day and studies at night, Kirby strolls into the Hearst offices at the crack of ten-fifteen with her sunglasses still on and receives congratulations for it. Kirby reports directly to Helen Gurley Brown, who has assigned Kirby the task of writing about the after-hours lives of young urban women—which means spending night after night out on the town.

Jessie isn’t naïve. Kirby said “joint,” but Jessie knows she’s drinking every night—tequila sunrises that become more tequila and less sunrise as the hour grows later—and also, she snorts cocaine. Probably a lot of cocaine. Kirby may even be a cocaine addict; the edges of her nose are pink like a rabbit’s and she keeps sniffing. Jessie wonders if she should express her concern, maybe tell Kirby the story of poor Cesar Coehlo, her fellow second-year law student, who also liked to frequent Limelight and Studio 54. A few weeks earlier, Cesar overdosed and died. The next day in Jessie’s Property Law class, a girl said she’d heard the cocaine made Cesar’s heart “pop like a balloon.”

The song changes to Player. “Baby Come Back.”

Any kind of fool could see.

There won’t be any cocaine on Nantucket, Jessie thinks, though there will be drinking, starting first thing in the morning with mimosas. Jessie has vivid memories of her grandmother, Exalta, sucking down two or three mimosas on the patio of the Field and Oar Club while Jessie took her tennis lessons.

Despite the ungodly heat of this sweltering June day, Jessie gets a chill. 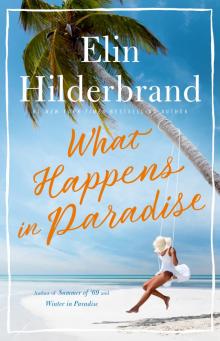 What Happens in Paradise 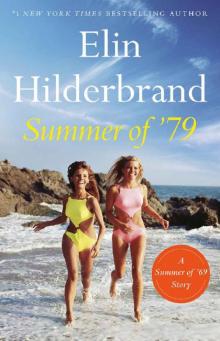 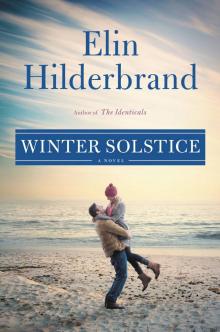 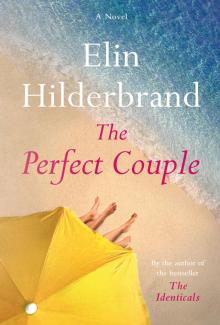 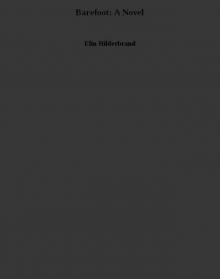